In the fourth and final webinar, we will show how we bring Spatial ALD technology from the lab to the fab. We will discuss the challenges and solutions for scaling up roll-to-roll and sheet-to-sheet Spatial ALD processes and equipment to large areas and high throughput. We will discuss design rules, cost-of-ownership calculations and modelling that are used to optimize processes and equipment for tailored applications. Join the webinar, discover the potential of Spatial ALD and find out how we can help bring Spatial ALD into your fab.

Paul Poodt started working at TNO in 2007 after receiving his Ph.D. in physics at the Radboud University Nijmegen, the Netherlands. In 2009, he joined the newly formed Spatial Atomic Layer Deposition team at TNO as lead process scientist and was involved in several spatial ALD process- and equipment development projects, including Spatial ALD for c-Si solar cell passivation and roll-to-roll ALD for encapsulation and barriers. He is one of the co-initiators of TNO’s spin-off company SoLayTec. Since 2013 he is leading the Spatial ALD research program at Holst Centre, developing Spatial ALD technology for large-area and flexible electronics in close collaboration with industry and academia. Paul is also CTO of TNO’s spin-off company SALDtech and part-time associate professor at the Eindhoven University of Technology. 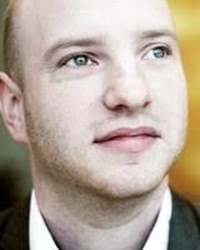